Rosemary is the owner and director of Pediatric Physical and Occupational Therapy Services. Rosemary’s work has developed to empower parents in their interactions with their child using the DIR®/Floortime model with emphasis on understanding the individual profile of the child including sensory processing, emotional regulation and postural organization. The focus of her work is on how these factors impact relationships.

Rosemary is very invested in wooing therapists to work with her who have a desire to embrace this style of treatment. She is very active in mentoring all the therapists in our practice, while at the same time encouraging them to continue to grow and broaden their areas of expertise.

Rosemary lectures nationally and internationally, provides consultation and mentoring. More about Rosemary and her work. 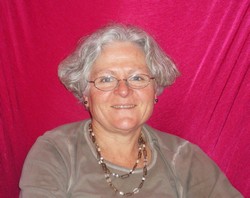 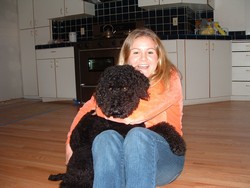 Alek received her Bachelor of Arts in Psychology from the University of Puget Sound in 2005. She worked as an aide in the DIR®/Floortime summer camps since they began in 2000 and is mentored by Rosemary in all her work with clients and their families. She is very skilled in her work with children with Autism Spectrum Disorder and children with challenges in social interaction. Upon graduation Alek joined our practice as a full time aide and worked with families as a home consultant with Play Project West. Alek works in the homes with many families doing DIR®/Floortime, as well as joins the therapists in their work with groups to facilitate social interaction among peers. She plans to get her degree in Occupational Therapy in Australia and after travels will return to our staff.

Alek is an avid soccer player, playing 5 to 6 nights a week!! She loves music, movies, Disneyland and travel. She is very involved with her family, spending many hours having fun with her three sisters and her mum and dad.

Hilary graduated from the University of Washington with her Master’s in Occupational Therapy in 2017. She completed her final clinical internship as a student at Rosemary’s clinic and was offered a full-time residency with Rosemary upon completion. She was mentored by Rosemary directly in all her work with clients and their families in the first 6 months of her time in the clinic and is excited to be joining the clinic as a staff Occupational Therapist.

Hilary received her undergraduate degree in Humanities from Western Washington University in 2007. In the years between her degrees, Hilary worked extensively with children and families in a variety of settings. She worked in a multidisciplinary pediatric clinic in Decatur, Georgia, first as a therapy aide and later as the office manager. Prior to this, she spent over two years in West Africa with the Peace Corps working in maternal and child health in a small health center. She has done consulting work in sensory processing, developed a web site for parents and children to gain insight into sensory processing, and has presented at conferences both locally and nationally.

Hilary lives in Seattle and, in her spare time, enjoys spending time in the mountains, riding her bike, traveling, and making art. 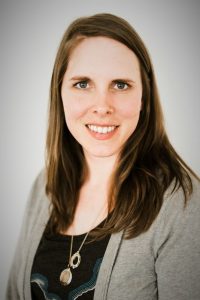 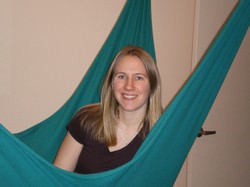 Kristin graduated with her Masters in Occupational Therapy from the University of Southern California after receiving a Bachelors Degree in Psychology from the University of Washington.  She returned to the Pacific Northwest and completed her internship with Rosemary and Pediatric Physical and Occupational Therapy Services.  Kristin was easily wooed into accepting a full time position and has never looked back.  She has attended a broad array of continuing education courses to enrich her knowledge of Sensory Integration, DIR®/Floortime and gross and fine motor development. Kristin is also a candidate in the DIR®/Floortime Certificate Program.

In her spare time Kristin enjoys spending time with her family and friends and going on mini day trip adventures to new places with her husband.

Kayla graduated with her Master’s in Occupational Therapy from the University of Washington in 2015 after studying biopsychology at the University of Michigan. During her time at UW, Kayla was introduced to DIR/floortime as a student with Pediatric PT and OT. Following graduation she started her career in orthopedic occupational therapy, but was thrilled to be able to return to working in pediatrics in 2019. She has always found joy working with kids through past experience in daycares and volunteering with adaptive sports programs.

In her spare time, Kayla and her husband love to go hiking, skiing, and camping. 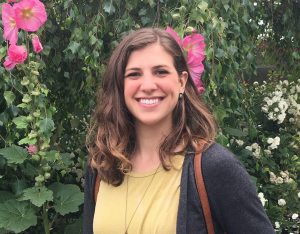 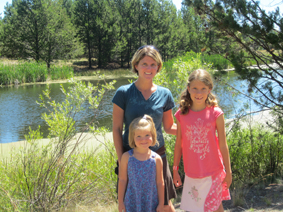 Laura graduated from the University of California at Davis with a Bachelor of Arts Degree in Psychology in December of 1995.  While attending school, she worked in home with several families with children with Autism Spectrum Disorder.  Laura moved to Seattle in 1996 and spent the next four years teaching preschool, working at Children’s Hospital Medical and Regional Center in the Psychiatric Unit, working in an Early Intervention Program and working as a Para educator in the Bellevue School District before returning to further her own education.  Laura graduated from the University of Puget Sound in 2002 with a Masters in Occupational Therapy. She completed her masters thesis on children with failure to thrive and co-authored “Parent-child interactions and everyday routines in young children with failure to thrive” in the Journal of Occupational Therapy. Laura has been with Rosemary since February 2003.  She enjoys working with children in a variety of settings while embracing the DIR®/Floortime model in concert with sensory processing and postural organization. She especially loves working in an environment that supports the family as a whole.

During her free time, Laura is quite active; she enjoys being outdoors, hiking and biking with her husband, playing with their daughters, Larissa and Ariana and working in Larissa’s preschool co-op classroom.

Marissa graduated from the University of Puget Sound in Tacoma Washington in 2000 with a Degree in Occupational Therapy.  After completing her internships in 2001 she began working with Rosemary and our practice. Over the course of her professional development Marissa has attended many continuing education classes that have strengthened her knowledge of DIR®/Floortime and Sensory Integration and is candidate in the DIR®/Floortime certificate program. Through this practice Marissa led a DIR®/Floortime parent training course, is involved in planning and supervising the DIR®/Floortime summer camp, and has been a supervisor for PLAY Project West. 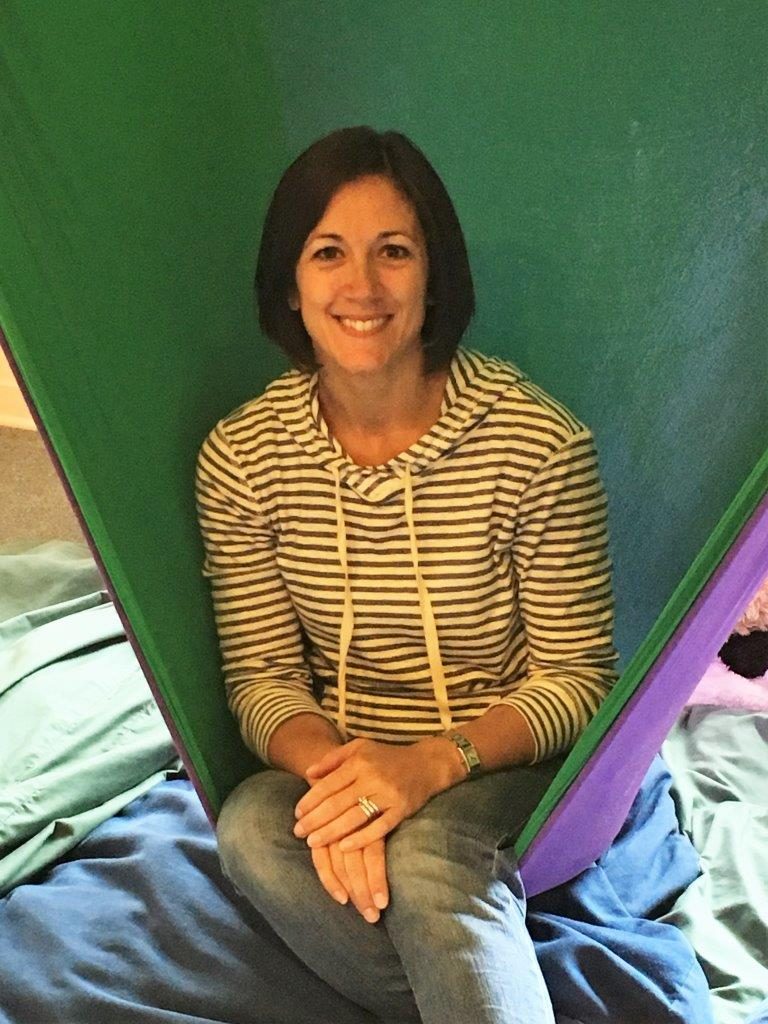 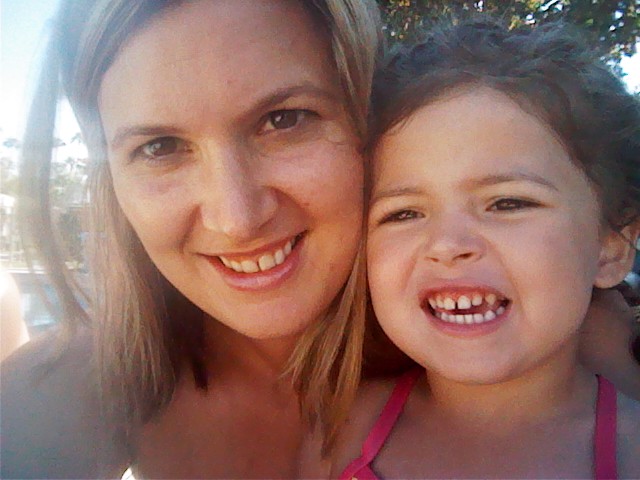 Annie enjoys working with each individual child’s needs and takes pride in being able to adapt her skills for each family. She enjoys working in this environment as it calls for her to constantly learn and be challenged; Annie also enjoys the collaboration between the therapists and other disciplines. Since joining Rosemary, Annie has sharpened her skills with children with feeding concerns and embodies the DIR®/Floortime approach with feeding issues.

Annie is licensed in the state of Washington and is certified by the National Board of Occupational Therapy.

Beyond work, Annie loves spending time with her husband, George and their three year old daughter. They enjoy getting outdoors to take their dog to the park, ride bikes, hike and camp. They love going out to sushi and having movie nights at home.

Christy always had a passion for child development, but her love of DIR®Floortime began when she worked as an aide in the Pediatric PT & OT Summer Camps as an undergraduate college student. Christy graduated from Santa Clara University with a Bachelors of Science in Psychology and then attended the University of Washington where she received her Master’s in Occupational Therapy. Christy did her pediatric internship at the Lucile Packard Children’s Hospital at Stanford and also worked at Valley Medical Center Children’s Therapy. She is delighted to continue her OT career at Pediatric PT & OT.

Christy lives in Seattle with her husband, son and golden retriever. In her spare time she enjoys cooking, bike riding on the Burke Gilman, and playing with her baby boy. 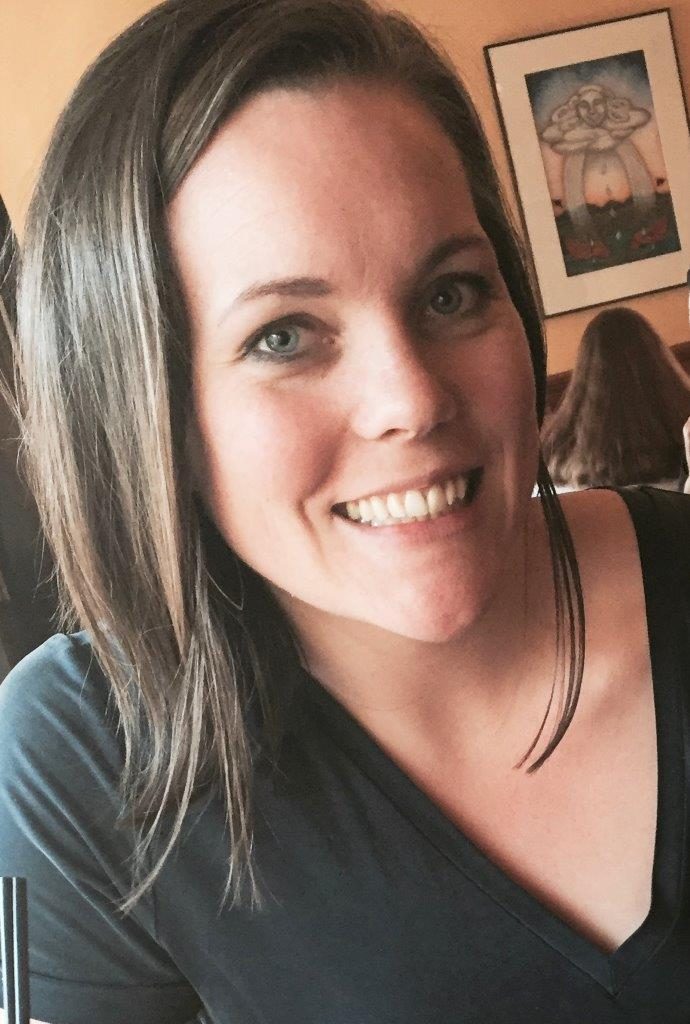 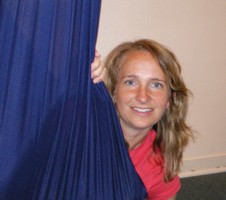 Jeannette graduated from University of Washington (Go Dawgs!) with a degree in Occupational Therapy in 1995. She then worked for Kent School District in the Early Childhood Education program, provided birth to three evaluations and participated in the establishment of the Augmentative and Assistive Technology Team. In addition, Jeannette worked for Children’s Therapy of Kent’s hippo therapy program (therapeutic horseback riding) and also, within a few years of graduating, met Rosemary and started working part time for her.

In 2003 Jeannette transitioned to working full time for Rosemary. Jeannette participated in extensive post collegiate training and has experience in Sensory Integration, Neurodevelopmental Treatment and most importantly,  DIR®/Floortime and has initiated the candidacy for the DIR certificate program. You may have met Jeannette as she frequently lectures for local parent and professional groups and school districts.

Jeannette is an avid sports nut and plays lacrosse competitively.  She also enjoys playing soccer, training for triathlons and sitting on the couch enjoying a nice cup of coffee.

Haley completed her bachelors of English Language and Literature at the University of Washington and received her Master’s in Occupational Therapy from the University of Puget Sound. Haley completed her Master’s thesis on feeding challenges in children with sensory processing challenges , co-authoring “Eat, Play, Love,” a play- and interaction-based activity guide for feeding therapists.

After completion of her Master’s degree, Haley joined Pediatric Physical and Occupational Therapy Services as an Occupational Therapist. Prior to this she worked with the practice for over 10 years as a trained “floortime player,” supporting children at home, in school, and in the community using the DIR®/Floortime approach.

Haley is passionate about supporting the individual differences of each child in interacting, engaging and learning.

She is a candidate for the DIR® Certificate Program, and her experience in Sensory Integration and Neurodevelopmental Treatment was obtained through her schooling, as well as her mentorship and training with Rosemary White, OTR/L.

Outside of the clinic, Haley enjoys spending time with her daughter, crossfit, playing and watching soccer, and cooking new and exciting dishes for her loved ones. 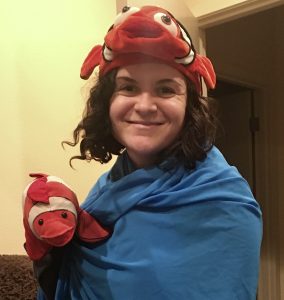 Zoe graduated with her Masters in Occupational Therapy and Bachelors Degree in French from Eastern Washington University. She returned to the Pacific Northwest following completion of graduate school. She began working in Early Intervention at ChildStrive.
Zoe has attended a broad array of continuing education courses to further her knowledge of Sensory Integration, SOS Sensory Feeding, DIR®/Floortime, and Adaptive Sports.